Kids CC made it to the final by beating Sixers CC in a semi final which almost looked to be a night mare for them when they lost their top 6 wickets for just 25 . Sixers’ bowler BS Anujith almost ran through the Kids innings claiming 5 out of six wickets which fell.Then it was the turn of Rithukrishna (35) and Thejus Tharanath (34) to steady the innings to reach  a fighting total of 129 runs.

Sixers CC began their innings quite comfortably and were looking to reach the target with ease .But once they lost their first wicket at 28, Kids  bowlers Abhijith praveen 5/27 and AP Unnikrishnan 4/27 started dominating the game and ripped through the sixers’ line up to bundle them out for 87. 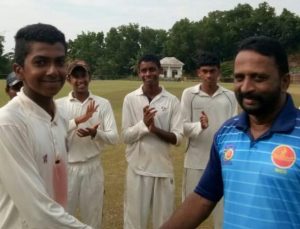 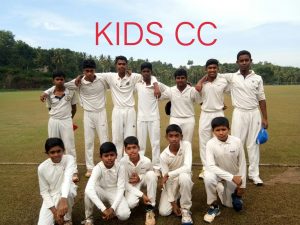 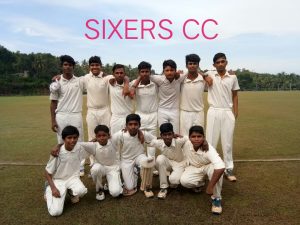